Trakai was considered to be two different cities: one Roman Catholic and one Karaite. Karaites are ethnic Karaims, a peculiar Turkic community with its own religion (an offshoot of Judaism). They were brought to Trakai in 15th century and only 65 of them remain in the town, but Trakai is their heartland to this day. The Kenessa (Karaite temple) still operates, many wooden homes still have the iconic Karaim three façade windows. You can taste the Karaim kibins (hot pasty with meat inside) and krupnik (38% alcoholic beverage) in most local restaurants, even if this renaissance of Karaim cuisine is mostly due to tourism. Additionally, you may visit the Karaim museum.

The former importance of Trakai is evident in the mighty 14th century Trakai Island Castlein Lake Galvė (Eastern Europe's only water castle). It has been reconstructed in years 1929-1987 and currently houses a museum of Lithuanian history. Some events such as Pilėnai opera performance are periodically held in the castle courtyards. 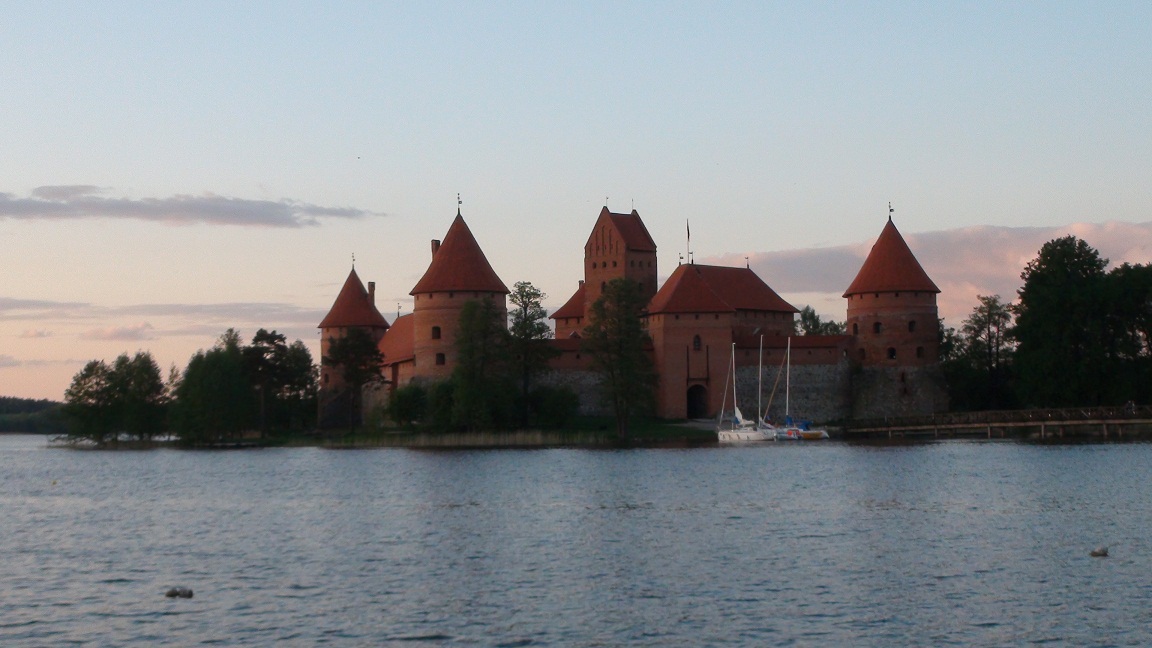 Trakai Island castle is undoubtedly the most famous sight of Trakai. ©Augustinas Žemaitis.

Even older is the Peninsula Castle built on the mainland. It lays in ruins but its yard houses wooden medieval tools. All these spring into life during the two medieval festivals that take place here (~2nd weekend of June and ~3rd weekend of August). The plaque "Trakai historical museum" near the Peninsula castle is misleading as this is actually a small museum of religious art located in a former Dominican monastery near the castle.

The Transfiguration of Virgin Mary church dating to the 15th century is among the oldest churches in Lithuania's smaller towns, its miraculous altar painting reportedly having been brought from 12th century Byzantium.

Only after the Russian Imperial occupation (1795) did Trakai cease to grow and became an ordinary provincial town it is today. To cater for the new Russian community a Russian Orthodox church was constructed in 1863. 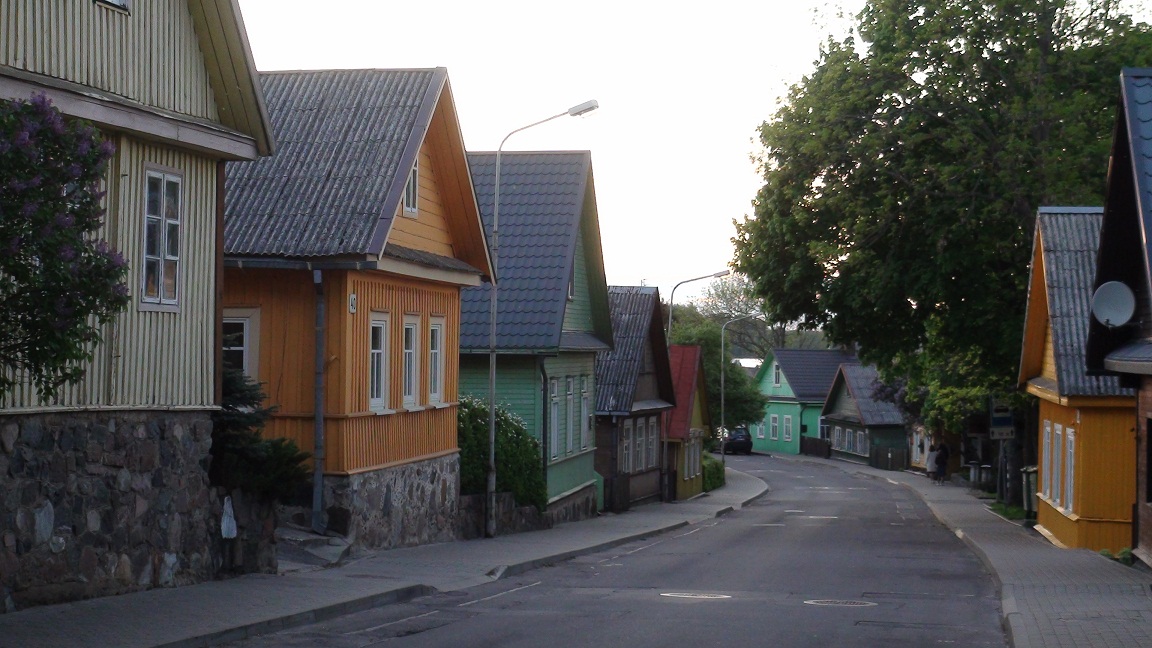 Karaimų (Karaim) street in Trakai not far from the castle. Almost every home has three façade windows. ©Augustinas Žemaitis.

Entire Trakai town is squeezed between multiple lakes and therefore is long and narrow. The lakes attract many people of Vilnius in summer weekends. In addition to sunbathing and swimming it is popular to rent a boat, a yacht or a catamaran for a romantic sail, or join an organized tour in Lake Galvė.

From water you may see castle from every possible side. On the opposite shore of Lake Galvė you may see the Užutrakis Manor. Built by Tiškevičiai family in 1897 the palace and its formal garden recently restored. Many concerts take place there in summer.

There is no bridge to Užutrakis and thus a 6 km detour is needed. Close to that route the Hill of Angels has been created in 2009, which is a collection of wooden angel sculptures, each of them funded by a different institution or family. 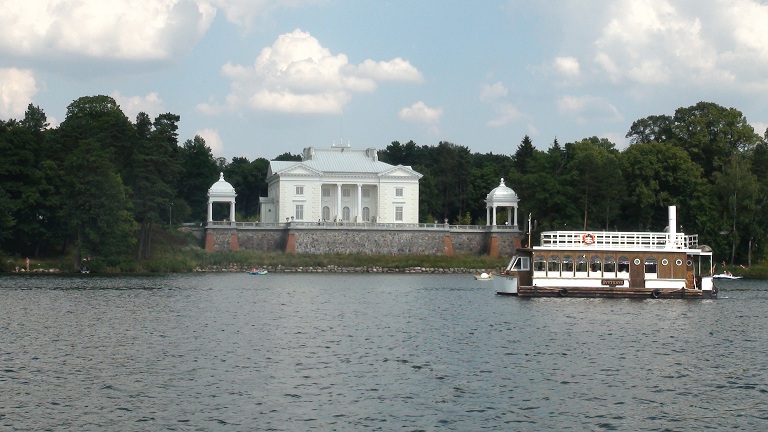 An excursion ship passes by the palace of the Užutrakis Manor in summer. These vessels may also be rented for corporate events and birthdays. ©Augustinas Žemaitis.

The town is easy to reach from Vilnius by car, by train or by bus. If you come by car during the tourist season be prepared for parking troubles in the center. Local people typically allow to use their own yards for a price, additionally, as Trakai is a small town, it is always possible to park beyond town limits and have a stroll 1 or 2 km to the main sights.

Useful Info before travelling to Georgia

10 Most Beautiful Castles In The World

The best Festivals in Europe